On 1 September 2021, Fixflo ran the latest in a series of quarterly legal compliance update webinars with solicitor Cassandra Zanelli, CEO of Property Management Legal Services to discuss the latest legal and regulatory happenings block managers should be aware of. Here, Cassandra summarises what was discussed in the webinar.

DISCLAIMER: This blog is intended for information purposes only and does not constitute legal advice. If you have any questions related to issues in this ebook, we strongly advise contacting a legal professional.

What do managing agents need to know about the West India Quay v ETAL case?

In addition to the contractual restrictions, there is also a raft of statutory restrictions on the recovery of service charges. These include identification of landlord on a service charge demand (sections 47 and 48 Landlord and Tenant Act 1987), the requirement for demands to be accompanied by a summary of rights and obligations (section 21B LTA 19875), section 20 re: qualifying works and qualifying long term agreements (section 20 LTA 1985), reasonableness (section 19 LTA 1985) and the so-called 18-month rule (section 20B LTA 1985).

The Courts and Tribunals are littered with cautionary tales where landlords (which for these purposes includes the party who is entitled to enforce payment of a service charge) have failed to comply with the contractual and statutory restrictions. In some instances, those incidents of non-compliance can be rectified; the effect is suspensory in terms of non-payment. In other instances, non-compliance is fatal to the recovery of those service charges.

The issues of Section 20B were considered most recently by the Court of Appeal in No.1 West India Quay (Residential) Ltd v East Tower Apartments Ltd.

Section 20B: A reminder

Section 20B imposes a statutory time limit on making demands for service charges. It operates so as to impose a strict time limit of 18 months, which begins to run from the date on which the costs are incurred. If more than 18 months elapse before a demand for service charges is served, the leaseholder will not be liable to pay those costs.

There is an exception to this under section 20B(2) which enables any landlord to serve a section 20B(2) notice, which essentially puts a lessee on notice that costs have been incurred and that the lessee will subsequently be required under the terms of their lease to contribute to them by means of payment of a service charge. The section 20B(2) notice has to be given within the same 18 month period.

So, in order to recover costs and not fall foul of the 18-month rule, a landlord either has to serve a demand for payment of service charges within 18 months of incurring the costs or serve a section 20B(2) notice.

This prevents lessees from the problem of finding themselves faced with unexpected bills.

Questions considered by the Court of Appeal

It’s a lengthy decision, which goes into detail probably beyond the scope of this note, but one of the main issues was: Does there need to be a contractually valid demand?
In other words, must a demand for payment of the service charge comply with the service charge provisions of the lease? Must it follow the relevant contractual machinery contained in the lease?

This case concerned Switch2 standing charges, which had not been demanded from the lessees under the service charge provisions contained in the leases; they’d been demanded under the covenant to pay outgoings.

The Court of Appeal had “little hesitation” in concluding that a demand for the purposes of section 20B(1) must be a contractually valid demand which is served in accordance with the service charge provisions of the lease.
This case serves as a reminder of the importance of reading, understanding and implementing the terms of the leases, and in particular (for present proposes) following the service charge machinery set down in those leases.

Failure to do so could well be fatal to the recovery of those charges.

The main message to take from this is to read, understand and implement your leases!

What do managing agents need to know about the Building Safety Bill?

The draft Building Safety Bill was published in July 2020.

The Bill itself was introduced to Parliament on 5 July 2021. The government stated that the Bill would “create lasting generational change and set out a clear pathway for the future on how residential buildings should be constructed and maintained”

Warning: This is only a brief overview of the Bill. There is a lot to it, and it’s impossible to cover it all here. We recommend you book yourself onto a course, read about it and stay up to date. The Bill is divided into sections and we will look at the ones most relevant.

What is a higher-risk building?

The Bill’s building safety regime imposes a more onerous regime on “higher-risk buildings” during their design and construction, and during their occupation.

”...a building in England that—

Clause 2 of the Bill establishes the Health and Safety Executive (HSE) as the Building Safety Regulator (BSR) so that, in practice, the BSR will operate as a division of the HSE.

The BSR can enforce obligations under the Bill by:

NB: Failure to obey a compliance or stop notice will be a criminal offence, with a maximum penalty of up to two years in prison and an unlimited fine.

The Bill’s provisions for higher-risk buildings during their occupation centre around two new roles:

In addition, the Bill imposes new obligations on residents.

Paragraphs 55 to 73 of the explanatory notes cover the Bill’s regime for buildings during the occupation. Have a read!

The Principal Accountable Person must:

The Accountable Person will be required to comply with all its statutory obligations on an ongoing basis. The Bill includes provisions allowing the BSR to take enforcement action for non-compliance. For example, the BSR can issue a compliance notice if the Safety Case Report is inadequate, and failure to comply with that notice is subject to criminal liability.

The Building Safety Manager may be an individual or an organisation, provided they possess the requisite competence to carry out their role.

A resident of a higher-risk building or an owner of a residential unit in such a building must:

Clause 96 of the Bill gives the Accountable Person considerable powers in relation to the residents’ duties, including the power to apply for a court order in certain situations.

This has significantly changed since the first draft of the Bill (published in 2020).

It will not be possible to contract out of or restrict the building safety charge requirements.

Clause 121 of the Bill inserts a new section 47A into the Landlord and Tenant Act 1987 (LTA 1987). This requires a landlord to include certain information about the higher-risk status of the building in the written demand for sums due under the lease. If the information is not provided then any service charge, administration charge or building safety charge will not be due until the information is supplied.

In addition, under a new section 49A in the LTA 1987, it will be mandatory for the landlord of a higher-risk building to give the tenant a notice containing prescribed relevant information. This includes a statement that premises consist of or include a dwelling in a higher-risk building, the name and contact details of the Accountable Person, the Building Safety Manager, and the contact details of the BSR. Where a landlord fails to give this notice, any rent, service charge, administration charge or building safety charge will not be due until notice has been given.

Depending on the terms of the lease, these costs are likely to be recoverable through the express service charge provisions in a lease.

The other avenues of cost recovery could include buildings insurance, an indemnity policy or warranty, or making a claim against the developer or designer of the building. The Secretary of State may issue guidance on what reasonable steps would be.

Where there’s been a failure to discharge their duty to take reasonable steps in relation to funding, a leaseholder can make an application for a section 20D order which, if made, would limit or even extinguish the leaseholder’s liability to pay those costs via the service charge mechanism.

Clause 134 of the Bill amends the Fire Safety Order (FSO) to require that:

Remember: This is a draft bill. It’s working its way through Parliament, so it may change. Please keep up to date with it because it’s going to impact you!

What is happening about the divergence between Government statements on the need for an EWS1 and lending decisions?

This follows a speech from former Secretary of State for Housing, Communities and Local Government Robert Jenrick on 21st July.

In this speech, Jenrick said the Government had received expert advice on the risk to buildings in the UK. He concluded that low rates of dwelling fires, deaths and blazes spread beyond the room of origin meant “lenders should not be acting as if there was a widespread and systemic issue”.

He also said that EWS1 should no longer be requested by lenders when leaseholders are trying to sell in blocks below 18m.

What does the consultation on the role of the building safety manager cover and why should managing agents respond to it?

This is regarding a draft PAS. A PAS (Publicly Available Specification) is a sponsored, fast-track, consensus-building informal standard that is produced by the UK national standards body, BSI Standards Limited. The development of PAS 8673 has been sponsored by the Department for Levelling Up, Housing and Communities.

This scope significantly exceeds the competencies required by a Building Safety Manager to discharge their duties under the published Building Safety Bill, which relate only to the risks of ‘spread of fire’ and ‘structural safety’.

There are concerns about the scope of the draft PAS because it’s seemingly wider than the role of the BSM set out in the Building Safety Bill.

All those involved in the management of higher-risk residential buildings were invited and encouraged to comment on the draft document.

The deadline for these comments was Wednesday 15 September 2021.

View the full Quarterly Legal and Compliance Updates for Block Managers Q3 webinar to see Cassandra talk more about these topics and others. 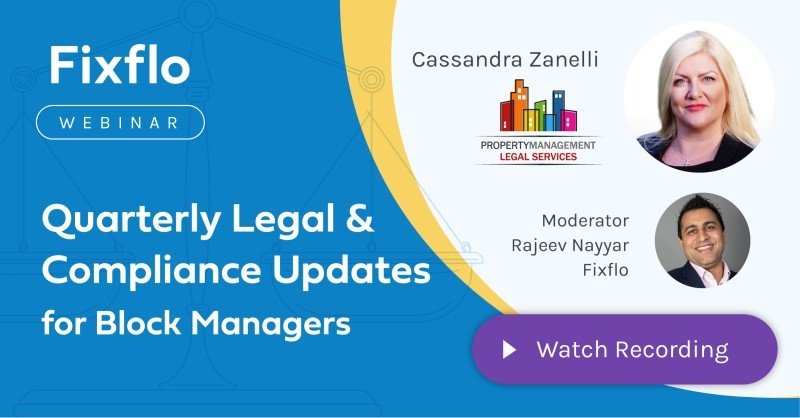 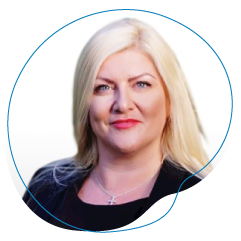 Cassandra is a solicitor and founder of Property Management Legal Services and is widely recognised for her expertise in the industry. She is a member of IRPM and the ARMA advisory panel, an associate of the Royal Institution of Chartered Surveyors (RICS) and an honorary consultant to the Federation of Private Residents’ Associations. Cassandra is a regular speaker at conferences, events and seminars, having worked with leading organisations including ARMA, IRPM, RICS, the Leasehold Advisory Service (LEASE), the FPRA and many more.

How Picture-Based Reporting Can Save Block Managers Time 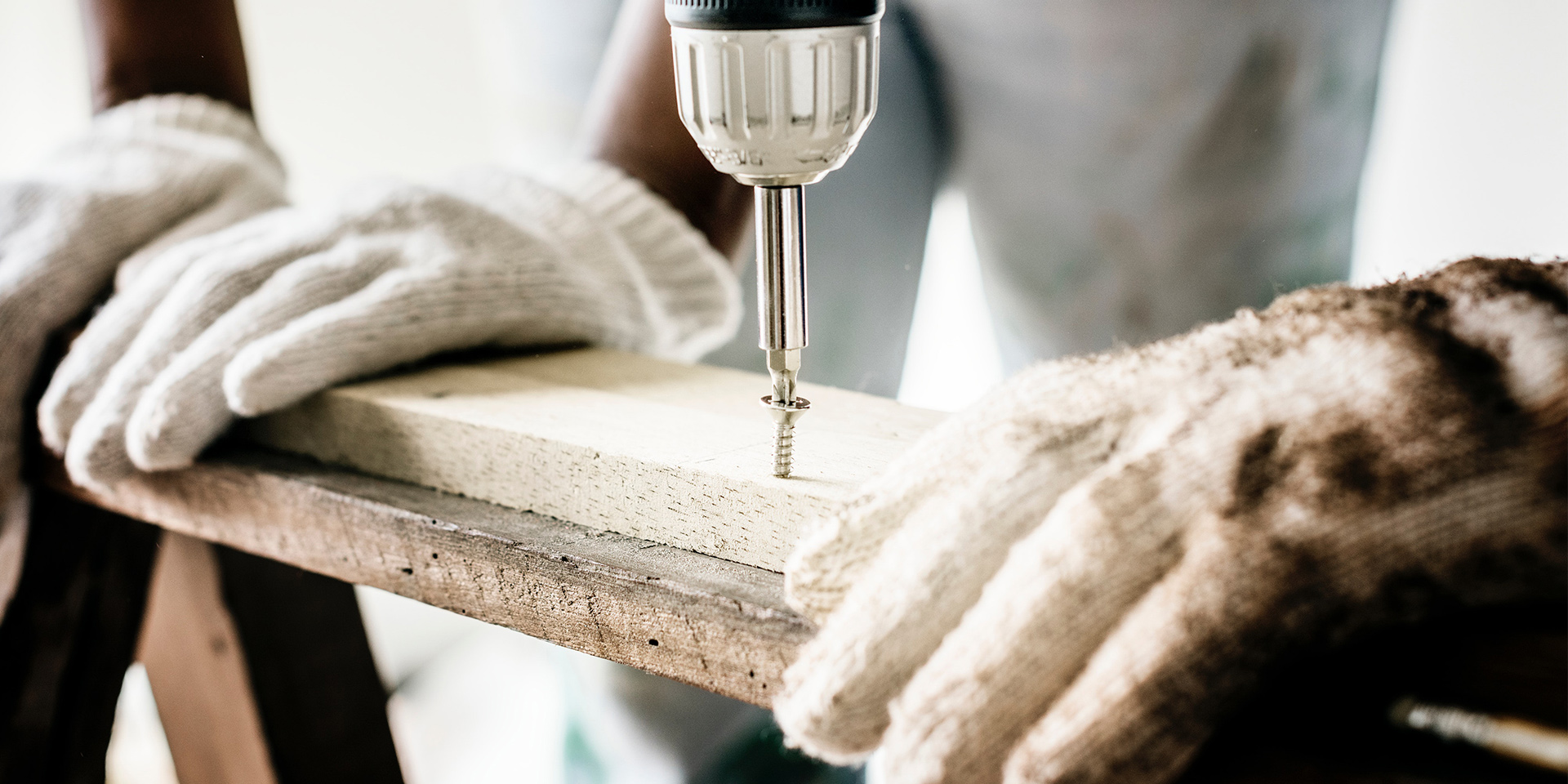 What Are Pre-Qualification Schemes?