We spoke to industry experts Nigel Glen, Executive Chair of The Property Institute and Bob Smytherman and Jonathan Gough, Directors of the Federation of Private Residents' Associations (FPRA), to get their take on the drastic revisions.

What's been happening with the Building Safety Bill so far?

Before we examine the proposed amendments to the Building Safety Bill, let's recap what's happened until this point.

In January, a building safety fund was agreed upon with £5 billion available for cladding remediation for buildings over 18 metres. This was to be funded by the Government and contributed to via a proposed developers tax.

The Rt Hon Michael Gove, Secretary of State for Levelling Up, Housing and Communities (DLUHC), addressed Parliament to explain that a further £4 billion would be available for buildings below 18 metres with cladding issues. He then confirmed the statement at the select committee level.

Other MPs questioned how fire safety issues outside of cladding for buildings between 11 and 18 metres would be addressed. Gove said that developers would pay for these as well, but since then, there's been no major announcement from the Secretary of State, leading to suggestions that no agreement has been made as yet.

Nigel Glen provides some commentary on this: "Up until the second week of January, we all thought the situation was pretty clear. The building safety fund had £5 billion in from the Government, and you applied for that using the recently agreed Grant Funding Agreement if your building was above 18 metres. Secretary of State Michael Gove stood up in Parliament and addressed the issue of the sub-18 metre buildings – there was going to be £4 billion available for these. That was wonderful news.

He was then asked by various MPs about how other internal fire safety issues, those unrelated to cladding, would be funded. He stated that developers will pay for those as well. It was unclear whether this meant all blocks, or just those in the 11-18m range, leaving leaseholders confused. If a managing agent or a landlord needed to send a leaseholder an urgent safety-related bill, should they pay it, or would upcoming legislation cover this? What if the work needed to be carried out straight away because the block is unsafe? "

What are Lord Greenhalgh's amendments?

Following on from this, Lord Greenhalgh, the Minister of State for Building Safety and Fire at DLUHC and the Home Office, submitted an amendment introducing a waterfall system whereby, in the first instance, developers will be expected to pay for anything safety-related in all blocks above 11 metres. In cases where the developer cannot be found or is no longer in existence, the cost would then pass to third party freeholders/landlords, but with an affordability criterion, before finally being passed onto leaseholders.

The bill for leaseholders will be capped at £10,000 for those outside London and £15,000 for those in the capital, with exemptions for landlords with three or more flats. Our experts highlighted issues with these amendments at every level of Lord Greenhalgh's tiered waterfall especially given that the amendments are likely to pass because they're government-backed.

Issues for developers, manufacturers and landlords

The main issue with expecting developers to pay for work is simple: it hasn't been agreed upon. "The Secretary of State said that developers will pay, but there hasn't been a statement from the developers saying they will," says Nigel. "But we've seen a letter that went out to developers that seemed to say, send us a list of your properties, what needs doing, and we'll fix them. So, until the developers say we will or we won't, where's the culpability there? Some developers have indicated that they will remediate blocks themselves, whereas others have said they would only provide funding. We are talking to the Government to urgently help everyone understand the "how will this work in practice' element because we can visualise all remediation plans will stop dead while people try to figure this out."

Nigel points out that Michael Gove has already admitted that many of the cladding manufacturers will struggle to be made accountable. "The developer and manufacturers of cladding systems are going to be brought in, but Gove separately said that responsible manufacturers are all overseas, so we probably can't go very far on that. But if the manufacturers can be held accountable, how will they and the developers agree on a fair share between them?" he asks. "And what if a developer has gone bust? From what we understand, the Secretary of State is then asking other developers to chip in [to cover those costs] even though they didn't build it. And that's expanded to no-fault issues, so if you take the cladding down and the walls have got a bit old – in the past, leaseholders might have had to have pay for that, now will the developers have to pay for those works as well?"

Jonathan and Bob concur: “Clear guidance is needed so everyone understands what is covered. Cladding is only one element of the external wall system and we know that problems have been found with other parts of the cladding system. Internal compartmentation is another significant area of concern. For example, remediating the outer skin but leaving problems with the internal compartmentation does not improve the safety of residents. Holistically solving the issues is key.”

Similar issues are raised at the landlord stage. "Firstly, the landlords don’t see why they are expected to pay for something that wasn’t their fault – so they are reluctant to sign the Grant Funding Agreement (or allow their managing agents to sign on their behalf). Even if that were not the case, how the affordability issue is to be answered is unclear," observed Nigel. "Can the landlord afford it? How would this work?"

If the landlord cannot afford the entire costs, they will be able to pass some of them to leaseholders. "It's a lot of money, and the more your flat is worth, the more it jumps," said Nigel. "We don't see how that works—or who polices it. It's all very unclear.

It would seem that what was once a clear route to remediating has now stopped dead, and we are right back to where we started: there's potentially lots of money around, but nobody knows when it's going to be available, from whom or how to access it. We are all rather standing like deer in the headlights at the moment trying to figure this out."

Jonathan and Bob observe other issues: “The cost cap (£10,000 for leaseholders outside London and £15,000 for those in the capital) is not high enough. We are already seeing inflated construction costs, so what will happen once the cap is reached? Will the government fund the rest and what mechanism will be in place to allow leaseholders to claim? Is the government proposing to extend the cladding fund and will help be available for the “layperson” to open a claim and manage large construction projects?”

What should the Government do to solve the situation?

"We just want clarity, explains Nigel. "Where's the money coming from, when do we get it, how do we get it and who's going to put everything right? It could be fantastic news; everything is going to get done, leaseholders won't have to pay a penny. It could be absolutely wonderful – we just don't know. We're asking for clarity because the problem is that it's been put out there without the vast raft of detail underneath it, and we need the detail."

Jonathan and Bob advise that a clear process should be published by the Government for leaseholders, outlining, as a minimum:
• What parts of a cladding system are covered by funding
• Their approach to internal compartmentation problems, including those not part of the original build
• Guidance on what to do if the cost cap is reached
• What proportional action leaseholders can take to manage the risk whilst the building is being remediated
• Access to FREE impartial advice services
• Support for leaseholders to work together to take control of their own buildings


What's next for the Building Safety Bill?

Much is still up in the air as the Bill progresses through parliament. What we do know is that it will fundamentally change the role of the block manager and increase their responsibilities, particularly because the proposed role of the Building Safety Manager is going to be scrapped. We await further detail on this and what will take its place.

Give a Little Extra 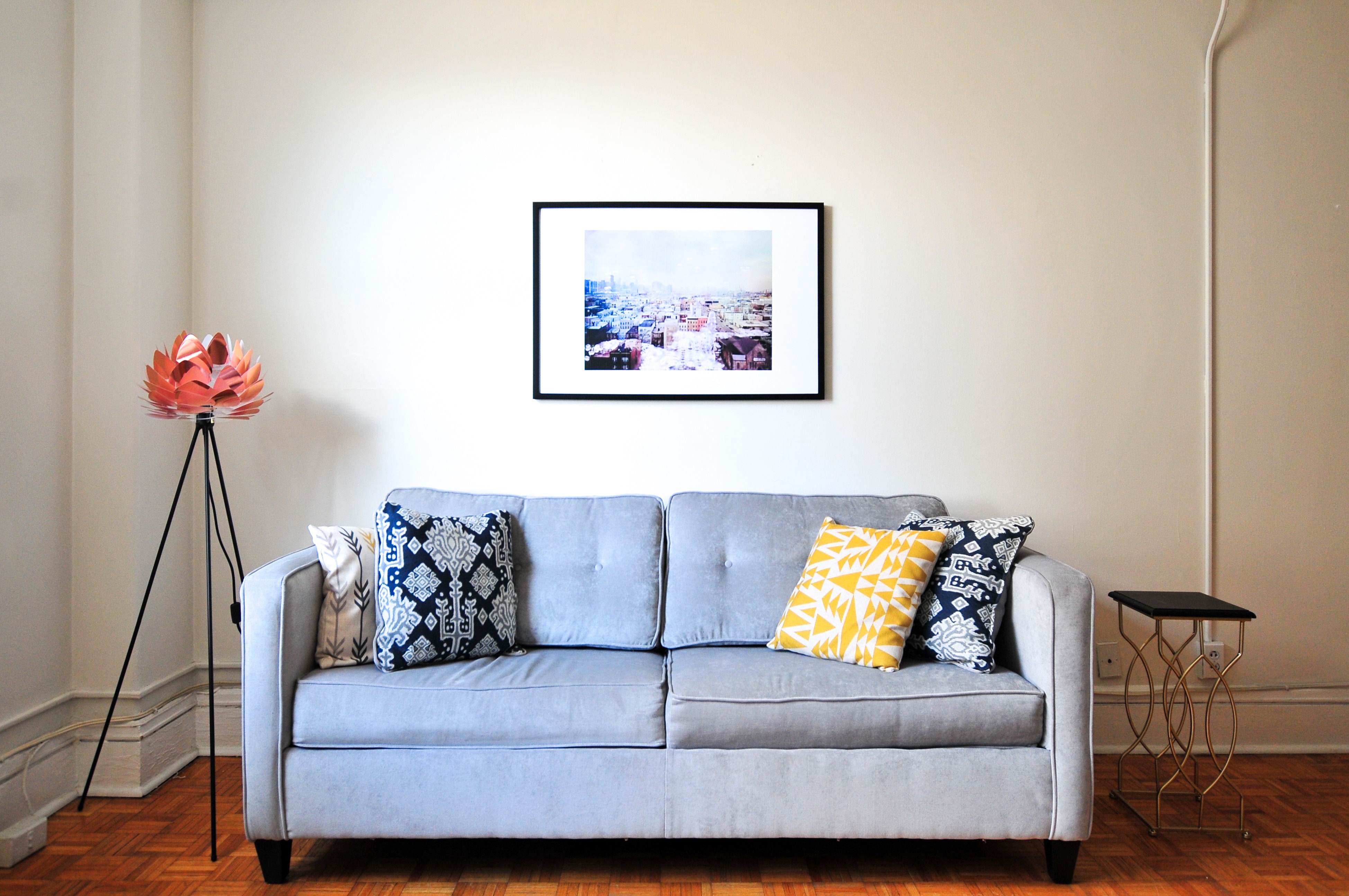 10 Facts about the Tenant Fee Bill