Landlords, agents and tenants in Wales are soon set to face the biggest change to their housing law for decades. Designed to simplify tenancy legislation and improve conditions in rented homes in Wales, the Renting Homes (Wales) Act 2016 (“Renting Homes Act”) was originally set to launch on 15 July 2022. It has now been delayed until 1 December 2022. Among the changes will be higher standards for rental properties (including required sanitation, an obligation to keep structures and interiors in a state of good repair and fit for human habitation) as well as more rights for tenants regarding joint contracts, break clauses and ‘no fault’ notices.

With the onus on letting agencies that manage Welsh properties to implement new handling processes to accommodate these new standards, we break down the incoming changes and explain what to expect and how this differs from English and Scottish law.

Two types of landlords are defined under the new Renting Homes Act:

Occupation contracts fall into either one of the following categories: a secure contract for use by community landlords or a standard contract to be used by the private rental sector. In both instances, landlords must issue a ‘written statement’ of the occupation contract (this can be issued electronically if the contract holder agrees) within 14 days of occupation. Existing tenancy agreements will convert on 1 December 2022, and landlords will have up to six months to issue the converted contract.

Significant changes to the law

When it comes to ‘no fault’ evictions, the current Section 21 notice can still be used because, despite committing to getting rid of Section 21, the UK government has not advanced these plans. It cannot be served within the first six months of an occupation contract. A minimum of six months (an increase from the current two-month notice period) must also be given, and Section 21 can only be served if — as in England — various requirements such as health and safety, deposit protection and right to rent have been complied with at the commencement of the occupation. In Wales, this includes registration and licensing with Rent Smart Wales.

Additionally, landlord break clauses will only be able to be incorporated into a fixed-term occupation contract if the contract has a fixed term of two years or more. A landlord will not be able to exercise a break clause within the first 18 months of occupation. There is currently no such restriction in England or Scotland, although there is speculation England will follow suit further down the line. In Scotland, however, it is significantly harder to ask a tenant to leave a property; you must provide a suitable reason.

Where the contract-holder has breached the occupation contract, the minimum notice period that must be given is one month. This notice period can be shorter when it relates to anti-social behaviour or serious rent arrears.

Retaliatory evictions (wherein a landlord attempts to evict a tenant because they have made a complaint about the condition of the property) are also to be clamped down on. In instances where the ‘no fault’ eviction is suspected to be retaliatory, the court can refuse to create a possession order, and it will not be possible to issue a further ‘no fault’ notice until six months later.

The Renting Homes Act will allow both a ‘priority’ and ‘reserve’ successor to succeed to the occupation contract. This allows two successions to the contract to take place (in England, it’s currently only one), for example, a spouse followed by another family member. In addition, a new succession right for carers is created.

Landlords who feel that the legislation coming into place is weighted in favour of the tenant may be appeased by the amendment to the responsibilities around the abandonment of a property. They are able to repossess an abandoned property without needing a court order after serving a four-week warning notice and carrying out investigations to satisfy themselves that the property is abandoned.

Repairs and the condition of properties

The Act lays out a requirement for properties in Wales to be ‘fit for human habitation’ — something that has been a legal requirement in England since 2019. Additionally, there is a requirement for keeping the structure, and the interior of the property in good repair and the installations for the supply of water, hot water, gas or electricity must be in working order. This brings Wales in line with Scotland, which legislates that a property must pass the ‘Tolerable Standards’ of having hot and cold water, no structural issues and an indoor toilet.

As part of the requirements for a Welsh property to be ‘fit for human habitation, ’ contract holders will be able to make claims related to 29 HHSRS (Housing Health and Safety Rating System) Category 1 hazards, including crowding, damp and mould, safety and security, lighting and noise. This long-overdue commitment to appropriate living conditions puts real pressure on landlords and agents to respond to repairs quickly and get repairs and maintenance issues turned around fast.

Fixflo’s robust 24/7 reporting portal makes it easy for tenants to report issues and contact and assign contractors to jobs automatically to make sure they’re adhering to their repairs and maintenance obligations quickly and efficiently. As with the audit trail that could guard against spurious claims of retaliatory evictions, every Fixflo communication is recorded automatically with a date and time stamp, evidencing repairs being dealt with in a timely manner.

The Renting Homes Act is probably the most significant piece of housing legislation ever passed by the Welsh government, bringing it up to speed with and, in some instances, advancing regulation further than efforts made by the Scottish and English governments in the same arena. While it can only be a good thing to apply greater protective measures to the industry, it does mean a lot of extra administration for landlords and agents with properties in Wales to remain compliant, and it remains to be seen how the industry will cope.

Stay on top of compliance issues by downloading our FREE Property Management Calendar Pack. It's endorsed by the Guild of Lettings and Management (GLM) and includes an eBook and printable one-page calendar, providing a comprehensive overview of the statutory and non-statutory tasks involved in managing a rented property in the UK. 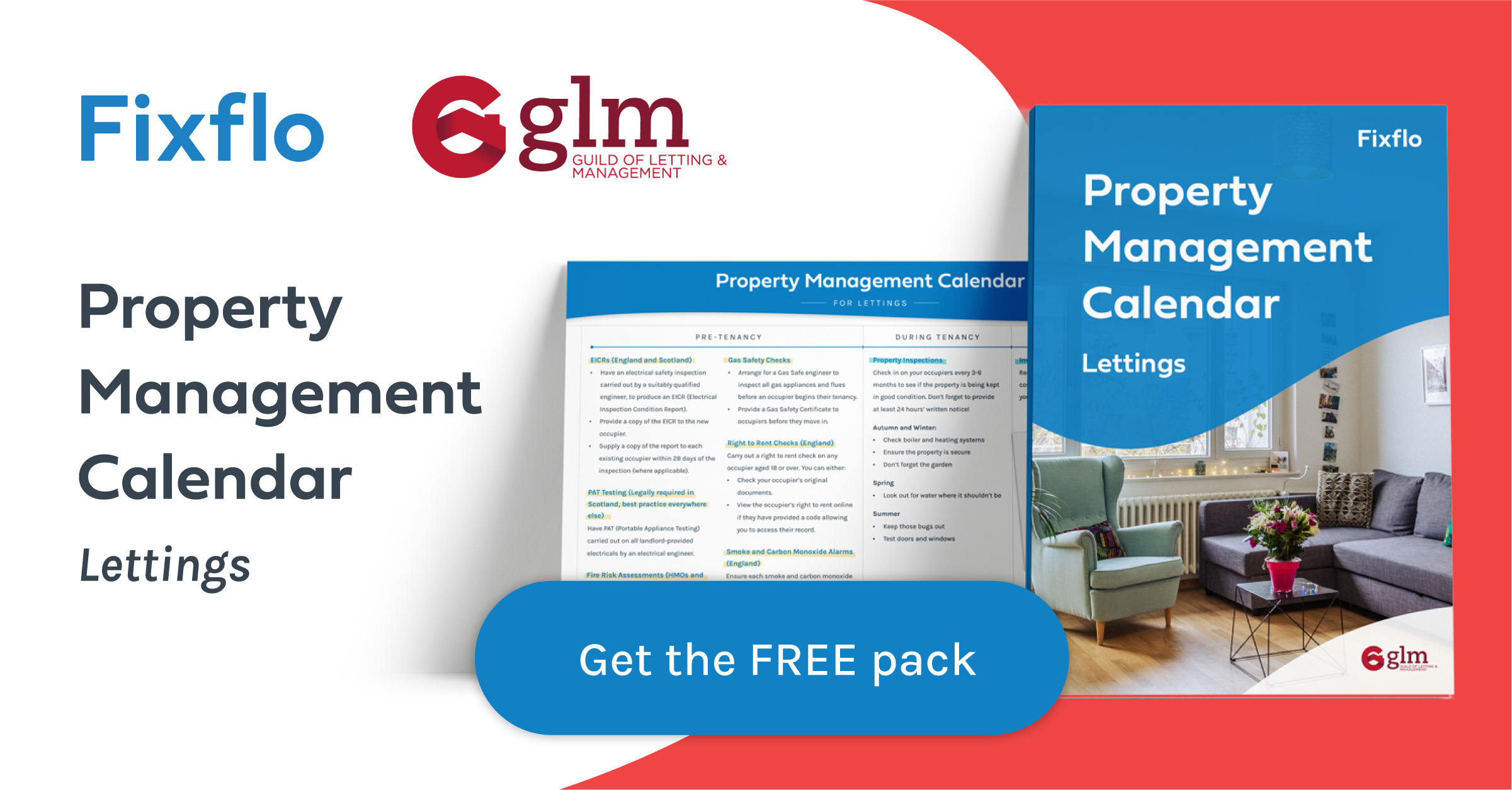 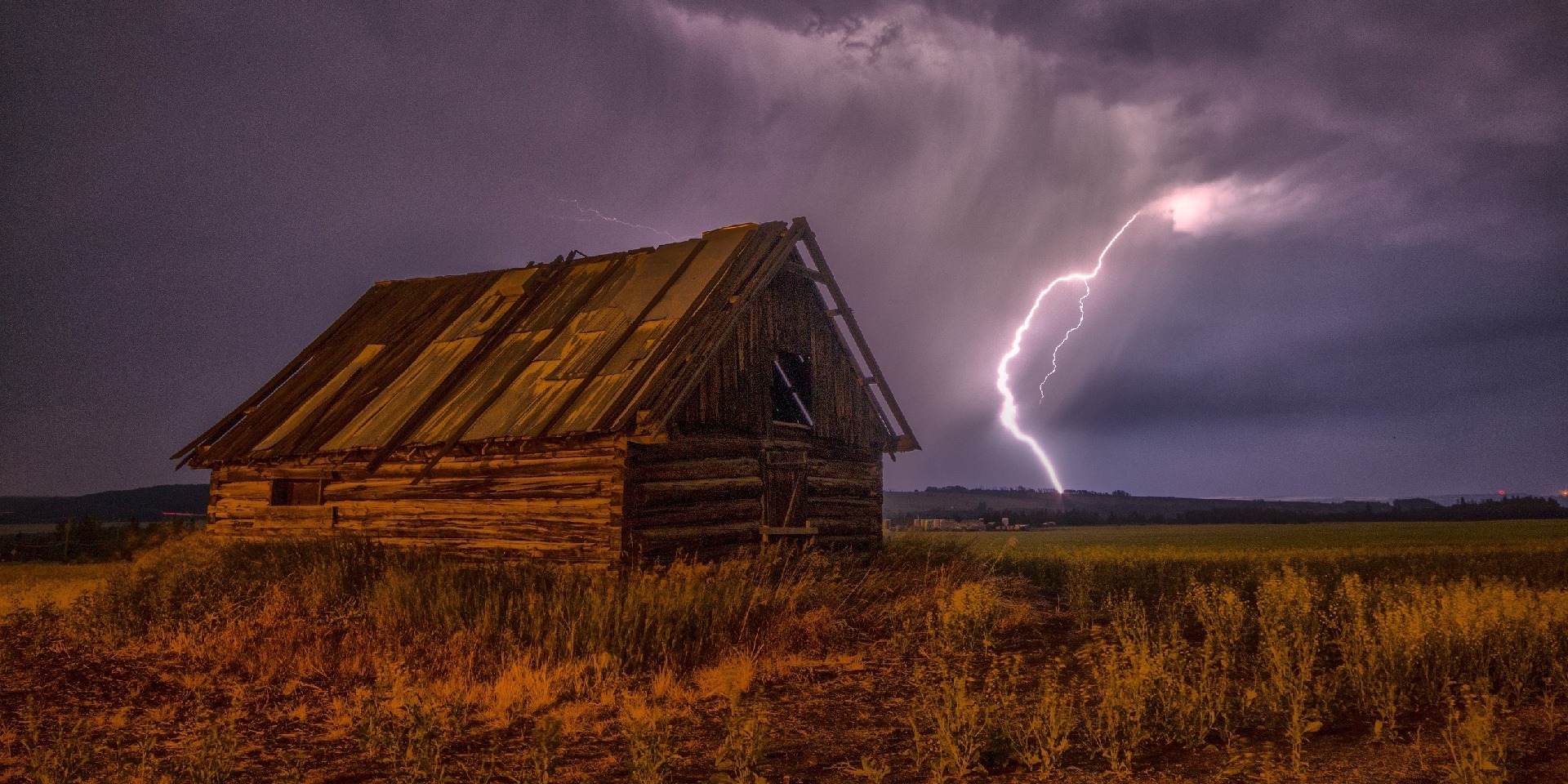 Do you have to provide alternative accommodation when a property is...

Making customer experience the heart of your maintenance strategy